THE INDUSTRY RETAINS HISTORIC RESERVATIONS ABOUT FIRE SAFETY AND EV USE, PARTICULARLY UNDERGROUND, BUT THE TECHNOLOGY OFFERS FEWER HAZARDS THAN TRADITIONAL I.C.E. SOLUTIONS.

However, as with many new technologies, persistent myths continue to curtail their widespread adoption.

“There remains some degree of anxiety about battery safety, particularly around the fear of battery fires,” says Ross Dimmock, VP of tunnelling at Normet, which manufactures a range of specialised electric vehicles (EVs) used for concrete spraying and transporting materials underground.

“Currently Normet has many units working in underground mine and tunneling sites in Europe, Asia, South America and Australia,” he says. “Operators find that benefits from the use of our equipment includes improved air quality, lower noise level, lower heat load and increased performance with much less energy used.”

Dimmock has observed a significant uptake in battery-powered electric machines for the application of sprayed concrete rock support using their equipment, particularly in the Nordic region. Despite this, he is aware that some in the industry still need convincing.

“We have all read the scare stories of phone batteries catching fire, and concerns around lithium batteries on aeroplanes,” he says. “Of course, we design passive and active measures to lower risks of these events, but there is still some degree of uncertainty among tunneling contractors.”

For Dr Barry Flannery, founder and CEO at Xerotech, which designs and manufactures lithium-ion battery systems for a wide range of heavy-duty machines, a good starting point is to compare the inherent risks of both battery and diesel engine fires.

“How safe are batteries compared to a tank of diesel?” he asks. “Are they equally safe? One of the most important things to consider when comparing the two is the amount of energy stored in a unit of volume – diesel’s energy is massively higher than that of a battery. This is also the reason why EVs do not drive as far as internal combustion ones. If you burned 10 of the 2170 cylindrical lithium-ion rechargeable battery cells that we use in all of our systems today, the amount of energy released would be the equivalent to just one 50ml glass of diesel.”

Dr Flannery, who has a PhD in mechanical engineering and first-class degree in physics, also asks contractors to remember that just one litre of diesel has an energy content equivalent to 10kWh which is a total energy content (both chemical and electrical) of a 5kWh battery.

“The total amount of energy released during thermal runaway in a battery is roughly twice that of its electrical energy,” he says. “Therefore, a battery-electric vehicle with a 100kWh battery, will release 200kWh of total energy in the unlikely event of a fire, this is equivalent to just 20 litres of diesel. A typical fuel tank on a big diesel machine, however, could hold as much as 800 litres, or 8000kWh (8MWh).”

Research from the automotive sector shows the occurrence of fires in EVs is actually far less common than their combustion engine counterparts, both in total number but also in terms of the rate per miles travelled.

A 2022 study conducted by AutoInsuranceEZ using data from the National Transportation Safety Board showed that electric cars in the US caught fire at a rate of 25.1 per 100,000 sales compared to 1,530 for ICE vehicles and 3,475 for hybrids. Tesla claims gasoline-powered cars are 11 times more likely to catch fire than EVs.

Dimmock says no Normet electric vehicle has ever suffered a battery fire, while Flannery insists that none of Xerotech’s batteries in a customer application have ever been involved in a blaze. Dimmock also notes that many of the fire sources present on conventional vehicles have been removed from electric vehicles.

“There are no hot exhausts or turbos, which are major causes of fire on diesel vehicles should fuel or oil
splash on them,” he says. “It could be that the frequency of fire events in battery electric vehicles are less than equivalent diesel vehicles due to removal of many fire sources.”

Unlike the cheap, often second- or third-hand mobile phone batteries behind negative headlines, Xerotech uses state-of-the-art chemistry in combination with multiple cylindrical cell structures and constant battery management to ensure the highest levels of safety. As such, the risk of thermal propagation in its batteries is virtually eliminated due to their proprietary design and special, fire-retardant structural foam.

“Our battery systems lower the risk of fire in a more holistic way than in thermal engines,” says Flannery. “It starts with the overall system design and how we compartmentalise the energy – we use small individual cells as opposed to one big cell. In other words, we don’t have one fuel tank, we have thousands, and they’re all separated by fire insulation. Then we constantly monitor the temperature of
all the batteries and the voltage levels. It’s far more complex than systems used to monitor diesel engines.”

The most critical piece of the safety puzzle is thermal management. If the whole system were to fail or a cell was to catch fire, Xerotech’s design can flood the fire directly and put it out, even stopping smoke.

Thermal management prevents extreme scenarios. “For example, in South African deep mines, it could
be up to 50°C, so maintaining the temperature of the battery is crucial,” says Flannery.

Normet utilises a multilayered approach in battery safety starting from selection of a safe chemistry and proven manufacturing quality. Then the battery has several passive safety devices, such as rigid enclosures and fuses. It also deploys a number of active safety devices that monitor the battery and disconnect it if it operates outside of normal parameters.

Despite all the precautions, some contractors may still worry that should the worst happen, they won’t be able to control the flames using conventional methods, but will require more expensive firefighting
technologies. Not so, according to Flannery, who says that good, oldfashioned H2O is the best option.

“If you spray water directly onto a lithium-ion battery – on the modules and in the vents to get into the pack and to the actual fire – this will suppress the fire rapidly,” he says. “This is key when evaluating the use of water. You must spray it on the actual fire – I cannot emphasise this enough. If you just spray it on the structure of the vehicle that is burning, it is going to have a limited effect. Ideally, you flood the battery.”

He also reassures those worried about any possible risk of electric shock: “All high-voltage battery systems feature plus and minus terminals that are isolated, ie, they are not connected to ground. This means touch a plus or minus without getting a shock. You might create a joint from plus to minus within the battery when you spray it with water, but it is going to flow within the battery, not back down the hose, because the current will take the path of least resistance. First responders should have no greater fear level than they would tackling a diesel car.”

Normet has been developing its modular SmartDrive battery electric vehicle platform since 2015, adding new models every year. “The real benefit in EV technology in tunneling will come from removing spoil from the tunnel face and bringing in wetmix concrete to form the tunnel linings,” says Dimmock. “We have received excellent feedback from Australia, where operators state that they do not feel as tired after their shift, due to the reduced heat and noise output, and zero emissions.”

Another customer, Sweden’s OHLA Sverige, is using Normet’s machines for the Gullmarsplan underground infrastructure project, part of the expansion of the Stockholm metro. It comprises around 3km of tunnels, excavated with drill and blast.

“The EV spraying robot is used on a regular basis to install the shotcrete support of the excavation,” explains Rafael Gonzalez Nosti, OHLA Sverige (Sweden) production manager tunnel works. “It will also be used for the final layer of the drainage system.”

Nosti admits there were some initial concerns, derived from the challenge of having a specially equipped area for EV charging in a temporary construction site. However, this was solved once Normet provided technical information on the reliability of the charging system.

“These new machines don’t have risks of charging underground, so we can charge them without leaving the tunnel,” says Nosti. “It’s clearly an improvement in terms of sustainability, as it is for health and safety, as you don’t have combustion gases in areas where ventilation is critical. To other contractors, I would say that the transition was smooth enough in this case, and I see no reason why it should be different for other, similar applications.

This article was originally published in iVT International, November/December 2022. Reproduced with permission of the publisher. Original article published HERE.

Start your journey towards electrification

Get in touch with one of our experts. 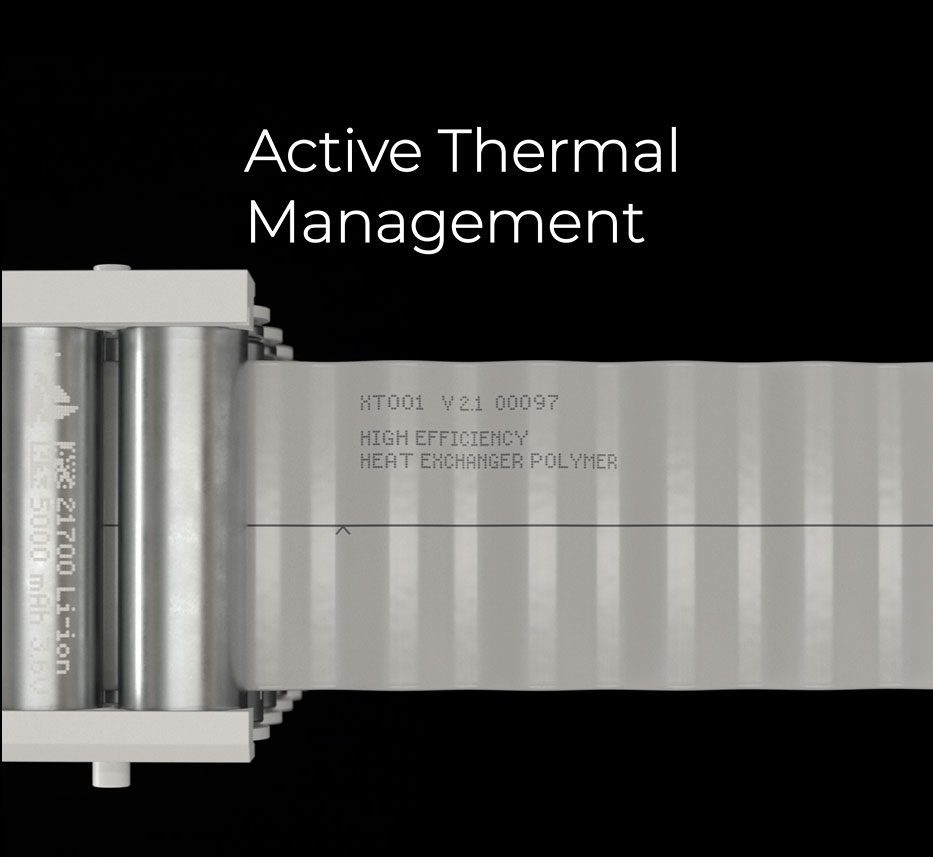 In the seventh installment of our Tech Tuesday Series we take a bitesized look at what goes into the technology behind our battery tech, starting 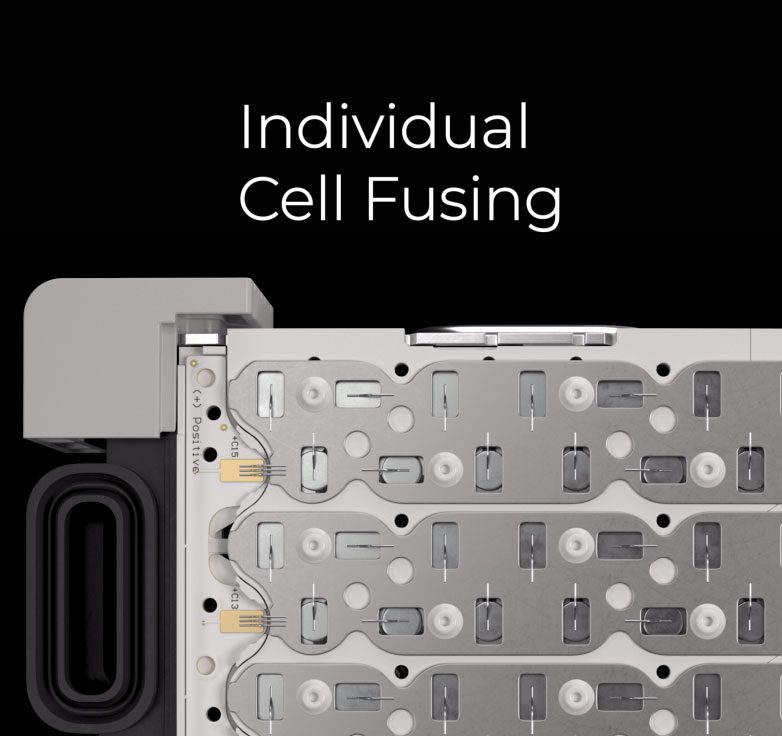 In the sixth installment of our Tech Tuesday Series we take a bitesized look at what goes into the technology behind our battery technology, starting 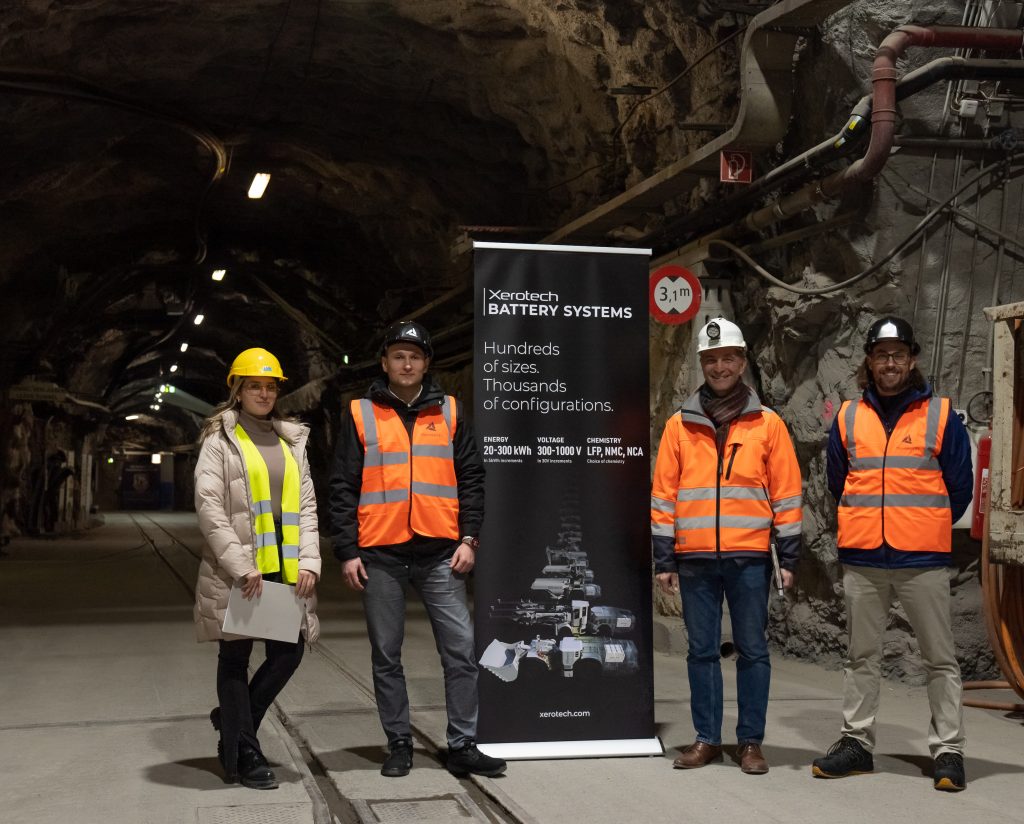 About the visit Xerotech recently undertook a trip to Switzerland to visit the SubSpace Energy Hub in the Hagerbach Test Gallery, meeting with Aurora Puriqi,

In the seventh installment of our Tech Tuesday Series we take a bitesized look at what goes into the technology behind our battery tech, starting

In the sixth installment of our Tech Tuesday Series we take a bitesized look at what goes into the technology behind our battery technology, starting